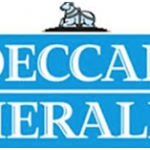 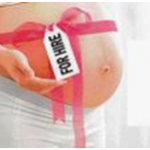 Not so long ago, surrogacy was just another medical term. However, endorsed by Bollywood celebrities, surrogacy has become the new catchphrase in lives. Earlier, the whole idea of bearing someone else’s child for the customary nine months and then finally delivering the baby to them had a lot of stigma attached to it. Thanks to the Bollywood stars, the myths surrounding it has been broken.

Metrolife spoke to Dr Rita Bakshi, senior IVF consultant at International Fertility Centre who is delighted that the Khans have helped play a positive role – thus indirectly promoting the idea. “Celebrities are making a big change. Aamir, Shahrukh and Sohail Khan didn’t need to announce that they were having a surrogate baby. But, they did, which shows that they were not trying to hide anything,” appreciates Dr Bakshi.

So, is surrogacy an alternative to adoption? Dr Bakshi agrees, “Yes, and it is one of the best things. In case of adoption, we are not really sure of the genetics at all. In case of surrogacy, you are. If we are using a husband’s sperm and a wife’s egg, then it is 100 per cent certain that it is their baby.”

Disagreeing with Dr Bakshi’s view point, however, is Dr Shobha Gupta, IVF expert and senior consultant at Motherslap says, “I don’t think it’s an alternative to adoption. In surrogacy, the baby genetically belongs to the intended parents but the carrier is a different lady. If the wife is not fit to carry pregnancy for nine months, eggs of the wife and sperm of the husband is taken to create an embryo. And, this embryo is transferred to a different lady, who is the surrogate mother.”

According to Dr ShivaniSachdevGour, director of Surrogacy Centre India (SGI) healthcare, surrogacy and adoption have always been controversial topics. “They are two different things. Adoption is giving a loving home to another child while couples opt for surrogacy when they have no other option. Some women are born without a uterus, for some their uterus gets damaged while for some, uterus is removed during child birth. It is at times like these when couples choose surrogacy.

Ask the doctors about the prevalence of surrogacy in the City and the response is very encouraging. “These days, awareness about surrogacy is increasing. People who never really thought that they would be able to become parents are finally getting a chance to be,” says Dr Shobha.

“Common people look up to celebrities these days. Be it their dressing sense or what they simply like to do, people seem to follow everything about them. So now, the mentality is more like, if Shahrukh can have a surrogate baby, why can’t I?” says Dr. Bakshi.

WhatsApp Chat is free, download and try it now here!